How much pension will I get? Case study of a woman at different phases in her life 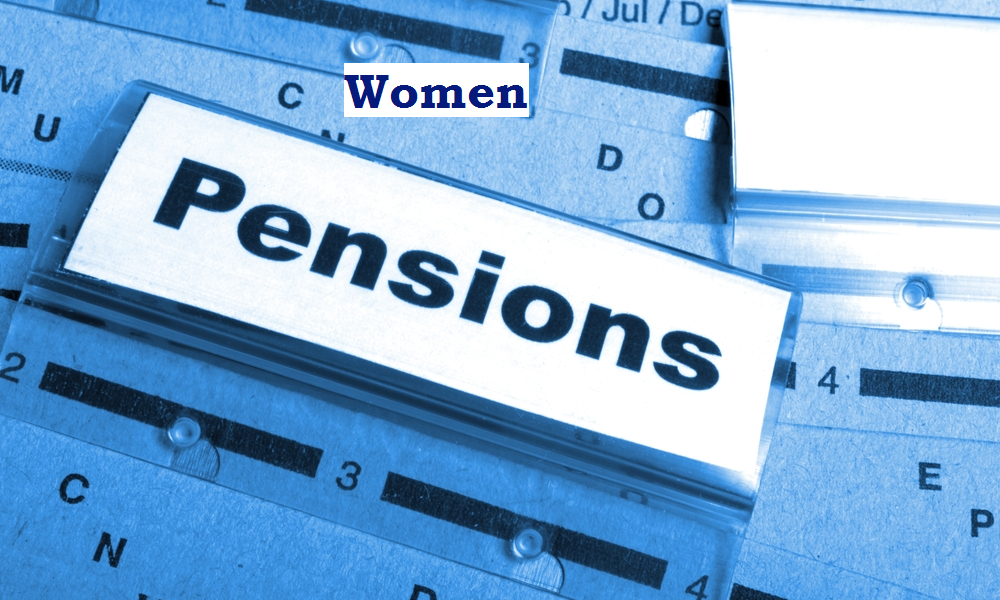 How much pension will I get?

This is the question on many people’s minds.

“State pension, occupational pension, private pension, tax and tax relief – I’m tearing my hair out. How can I know how much pension will I get, and how do I stack the odds in my favour?”

This question is especially urgent for women. Women tend to have more heterogeneous careers than men, with periods spent at home taking care of children and elderly relatives. It all seems very complicated to keep track of everything, but women absolutely need to be proactive if they want to do better than just survive post-employment.

To make things a lot clearer, let me introduce you to Rachel. Let’s follow her through different phases in her life and see how she can be proactive about her pension at each stage – all for a few minutes’ work.

Rachel worked as a teacher for five years, got married and then took maternity leave to have a baby. She stayed at home until her two children were at primary school and then got a local job on a part-time basis until the kids went to secondary school. Now, she is working full time in a large company and is just after turning 40.

Let’s look at her pension journey. So far, Rachel has been:

A teacher in school

At this point, it was logistically easy as her employer made sure that she was up to date with her PRSI (Pay Related Social Insurance) payments, which are her payments to the state to ensure she gets the contributory pension on retirement. In addition, since she is a public servant, she is entitled to a public service pension.

She got married and left her school to stay at home with her first little girl. She can check the value of this pension at any time with the Pensions Modeller. It offers a facility where you enter details of your service and salary, your projected retirement date and work pattern from now until your retirement. The app will calculate an estimate of your pension benefits.

A mum at home with her children

Before she had her baby, Rachel looked at what she could do in terms of her State contributory pension continuity. According to www.welfare.ie, while you are at home, you qualify for credited contributions which are the equivalent of PRSI contributions you would have paid if you had been employed.

During her 26 weeks of maternity leave, Rachel got these credits automatically. Since she is thereafter a recipient of Child Benefit, this is automatically noted on her insurance record. She wants to make doubly sure, so she prints off the HM1 form in case she needs it or in case her husband decides to become a stay-at-home dad; she also makes a note of where to find all the extra information online. She notices that she can become a “Voluntary Contributor” if she remains out of the workforce after being a homemaker, to ensure that she is contributing to her State pension.

A part time worker in a small business

Rachel then found a part-time job in a small business when the kids went to primary school, earning €7000 per year. It didn’t have an “occupational pension scheme” (an employer’s pension that is offered to all employees), but in line with their legal requirements, the business enabled Rachel to set up her own personal pension called a “Personal Retirement Savings Account”.

She read the easy-to-follow, independent guide to PRSAs on the Pensions Authority web site and decided this was a good option for her at that time.

Money was tight in the household, so she shopped around and found a provider that didn’t charge a setup fee, ensured that 100% of her contributions actually got invested (even though they’re obliged to invest a minimum of €95 out of every €100 contributions) and charged the legal maximum of 1% annual management fee per year.

She couldn’t afford a lot at that time, so she put €500 per year (which is a little higher than the minimum of €300). However, since this money was invested into a pension, which is a tax-efficient vehicle, it only cost her €400. She got tax relief according to her marginal rate outlined in this table at www.citizensadvice.ie:

She had absolutely no idea about stocks or shares or anything, so she picked a middle-of-the-road balance fund that was in between no risk and high risk.

A full time employee of a large company

When the children moved to secondary school, Rachel took on a full-time role at a large company at €40,000 per year, and she is still in this situation. As part of the package, she was offered the opportunity to contribute to the company pension and for this to be matched up to a limit of €50 per week. This meant:

Rachel is earning a lot more in this scenario. Before the money is frittered away on lifestyle inflation, she wants to put more into her pension to provide for herself and her family after employment. She takes a look at the following table from www.citizensinformation.ie :

Because she is in her thirties, she can see that she will only get tax relief up to 20% of her net relevant earnings. Since she earns €40,000, this means that she could invest (€40,000 x 20% =) €8000 and get the full tax relief on it all. She takes this opportunity and decides to make AVCs, additional voluntary contributions.

Now her employer pension won’t facilitate this, but she can put this extra money into the PRSA she opened while working for her previous employer. Since it’s a personal pension, it is totally flexible to accept this. This means:

Between now and retirement

Rachel is looking forward to her 40th birthday and is reflecting on her long term financial goals. By now, she has a small civil service pension, the State contributory pension, a growing occupational pension and her PRSA.

She gets them all valued (except for the State pension) and she sees that her entire pension pot is worth €120,000. That’s great! Surely, she can reduce the contributions now and enjoy life a little more? Her goal is to earn 66% of her pre-retirement salary.

Based on the fact that the retirement age is going to be 68 by 2028, she can expect to work until that point at least. She opens up the Pension Calculator provided by the Pensions Authority and fills in the details:

She gets the results and is a little disappointed to see a number appear in red! She works out what each line means:

However, she moves down the page to see that this same calculator shows her how much she would actually have to spend in order to make up this shortfall:

All she actually needs to pay is €168 per month! Remember that as soon as she turns 40, she can now get extra tax relief. This will increase every ten years. She puts a reminder in her diary for every three months to ensure that she is on track. She puts it to the back of her mind now and enjoys life!

Rachel intends to enjoy every moment of the post-employment period of her life, “where every day is the week-end”. She intends to take her 25% tax free lump sum at the time and use that to pay off any bills and cover off anything that she needs, so as to truly set herself up for life.

Next, she wants to spend some of the remainder pension pot to buy an annuity: this is a financial product that will give her an income for life, which will be added to the State pension.

She will use the remainder to buy an “Approved Retirement Fund”: this is an investment which will enable her money to continue being invested for the rest of her life and by law, she will draw down 4% of this fund per year. The remaining money will be transferred into her estate on her death and will be passed on to whomever she chooses in her will.

As Rachel reflects about her financial standing on her 40th birthday, she is so glad that she took the tiny amount of time along the way to look up this stuff. If she is honest with herself, she didn’t really miss the money to a huge degree along the way.

She would have loved that €500 in her pocket (which would have actually only been €400 after tax) during the tough times, but she handled it and got through it.

On some occasions, she felt like she was asking very basic questions that she thought everybody else probably knew, but she realised there was a lot of independent and tailored information available that really helped her along the way.

It’s such an amazing feeling to have everything in control at this stage. She is also both proud and relieved that she will be able to guide her own two daughters when it comes to that stage.

[button link=”http://www.thepositiveeconomist.com/subscribe/” icon=”&#128248;” target=”” color=”e60000″ textcolor=”ffffff”]Sign Up For Our Monthly Newsletter: And get more content like this, learn about business opportunities, and never miss our Savvy podcast [/button]